Author of: What is critical appraisal?

From 1997 to 2008, Amanda founded and directed the West Midlands Health Technology Assessment Collaboration at the University of Birmingham which produced systematic reviews and economic evaluations to inform national and regional UK NHS policy decisions, such as the NICE appraisal process.

She is an experienced teacher and started running workshops for the Critical Appraisal Skills Programme (CASP) in 1993, later becoming its director. From 2008 to 2013 Amanda was a Senior Clinical Research Fellow, and Director of Post-Graduate Programmes in Evidence-Based Health Care (EBHC), at the University of Oxford where she ran and taught on the MSc in EBHC and supervised DPhil in EBHC students. She received several awards for teaching excellence during this period, including one awarded by the students themselves.

At City University Amanda directs ThinkWell , a novel internet-based research programme, which aims to help the public (a) understand health information so they can make informed health decisions and (b) set up and participate in research studies. In 2011 she co-organised a Conference on Enhancing Public Understanding of Health Research, which resulted in the formation of the international Network to Support Understanding of Health Research which she currently coordinates. 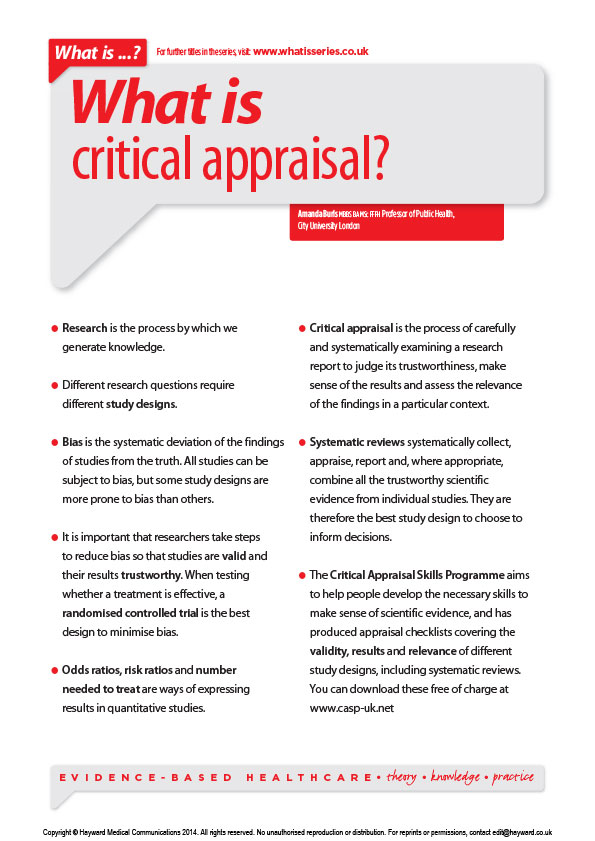