Author of: What is an NNT?

Andrew wears many hats; he is currently an honorary senior research fellow in pain research at Nuffield Division of Anaesthetics at the University of Oxford, the Managing Director of Bandolier Ltd, the Founding Editor of Bandolier, an evidence-based journal (1994) and a healthcare consultant. He was educated at the University of Oxford, where he received his BA, MA, DPhil DSc (Doctor of Science) and CChem FRSC (Fellow Royal Society of Chemistry).

Having completed over 30 years of biomedical research, Andrew has been involved with over 500 scientific and clinical publications, contributing to systematic reviews, meta-analyses and methodological improvement. He has also authored a number of books on evidence-based medicine and pain and approximately 200 systematic reviews, including many Cochrane reviews. He has achieved an H-index of over 70 for the impact and productivity of his published work.

Andrew holds several important posts; he is an honorary member of the British Pain Society and of the International Association for the Study of Pain, and an honorary professor of the School of Health Sciences at the University of Wales in Swansea. In 2009 he also became a member of the Fellowship of the Royal College of Anaesthetists and is the Chairman of the International Association for Study of Pain Systematic Review and Evidence special interest group. 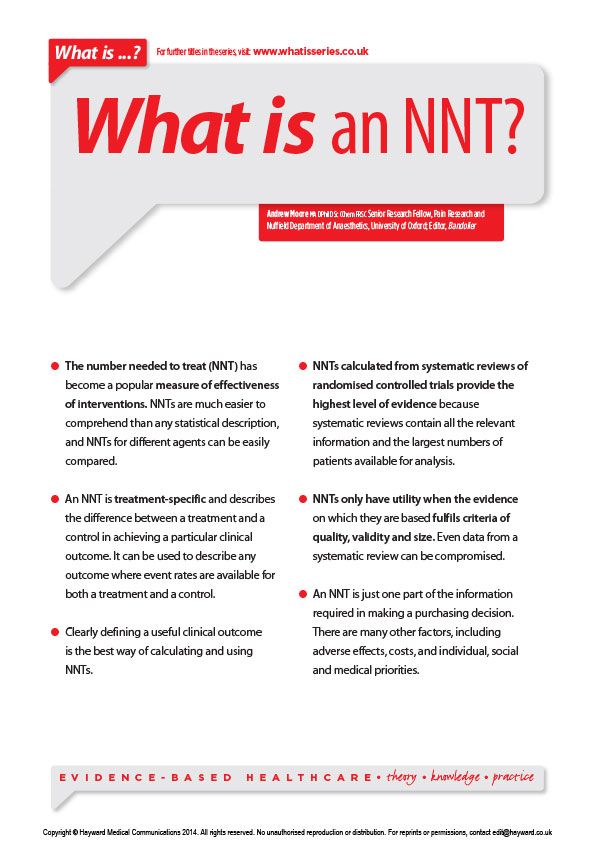