Author of: What are the HTA processes in the UK?

Mike is Professor of Health Economics and was Director of the Centre from December 1995 to September 2005. His particular field of interest is in the economic evaluation of health care treatments and programmes. He has undertaken evaluations in a wide range of medical fields including care of the elderly, neonatal intensive care, immunisation programmes, services for people with AIDS, eye health care and pharmaceuticals.

Professor Drummond has been awarded two honorary degrees, from City University, London (2008) and Erasmus University, Rotterdam (2012).  In 2010 he was made a member of the Institute of Medicine of the National Academies in the USA, being one of only 27 members from the UK.   Mike Drummond is the recipient of The John Eisenberg Award, in recognition of exemplary leadership in the practical application of medical decision-making research, by the Society for Medical Decision Making at its annual conference in Phoenix AZ, USA, October 2012.

His recent projects relate to the conduct of economic evaluations and their use in health care decision making. These include: 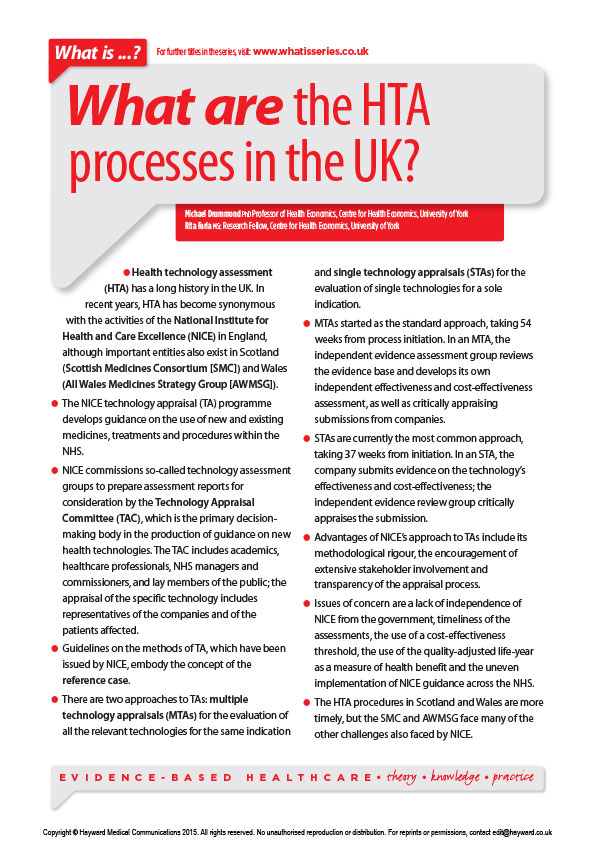